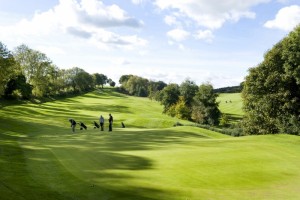 Long Ashton has a low-key but no less interesting history.  It dates way back and is recorded in the Domesday Book as Estune, meaning the place by the ash tree. It was called simply Ashton up to the mid-19th century, after which the name was changed to Long Ashton, due presumably, to the fact that it meanders for two miles along the main road.

Their Church of All Saints dates from about 1380 and was founded by Thomas de Lyons.  The Angel Inn, near the church, is the oldest pub in the village, dating from 1495 and was originally the church house. The village is proud to have no less than three conservation areas and more than 80 listed buildings – quite remarkable for such a small area.  In 1903, the National Fruit and Cider Institute opened up and in 1912 it became the University of Bristol Agricultural and Horticultural Research Station in 1912.  Another incarnation of this building came during WWII when it developed rose hip syrup as well as the drink called Ribena.

In September I was asked to cater a hog roast at a wedding reception being held at the Long Ashton Village Hall in Somerset.  I’m always keen to attend wedding receptions as they are a great change from the informal outdoor events I normally cater.

And so, with my Titan Hog Roaster, I arrived quite early at the venue in order to prepare both pork and lamb and begin the roasting process.  I set up just outside the doors to the hall and it took me no time at all to erect the mobile marquee I normally use when inclement weather threatens or I’m working an indoor event.  Depending on the size of the meats being roasted, it can take a few hours to get it to perfect doneness. We set up the tables, the flower arrangements, provided the cutlery and plates and glassware.  We also set up a table to the side of the roaster where they were able to prepare the plates of food.  The entrée is normally served as a buffet and this was set up inside the hall itself.

The food for this wedding included both a green salad and salad nicoise; a choice of spit roast pig with applesauce stuffing and crispy crackling, and spit roast spring lamb seasoned with rosemary, served with mint and a mustard and dill sauce; two cooked vegetables and some delicious-looking desserts.  I am always impressed with not only the freshness of the food they offed, but the stunning way in which the plates are arranged and served.

Hog Roast Long Ashton was a success.  I take a backseat at these events, as compared to an outdoor event where I’m doing the main work of the caterer.  At wedding receptions such as this one, I am merely the hog roaster and carver.

Hog roast catering has become a very popular idea over the last few years and it is really taking off as an alternative to traditional ways of serving.